The Eden Leisure Group has become known for setting standards within the leisure industry in Malta, building an illustrious portfolio within the hospitality and entertainment sectors over the past five decades. The Eden Leisure Group started out as Sunny Resorts, set up by Dr Maurice De Cesare and his wife Cettina in 1966. The Eden Rock Hotel, located on the Sliema seafront, opened its doors in 1967 and flourished in the tourism boom of the early 70s.

In the late 1970’s Ian and Kevin De Cesare moved the company to St George’s Bay, bringing exciting new ideas with them. The Group began to diversify and extended its portfolio to include entertainment and leisure facilities. Since then, the Eden Leisure Group has become known for setting the standards for the leisure industry in Malta.

1980 saw the opening of the Eden Beach Hotel and Styx Discotheque in St George’s Bay. Styx was the first ‘electronic’ disco of its kind, and fast became the ‘in’ place of its time. The Eden Leisure Group has been involved in the nightlife sector ever since with Stownes, Styx II, the Palladium, Euphoria, Axis and its involvement in Numero Uno, constantly setting new standards and meeting the ever-changing demands of the younger generations.

In 1986, the Group set up the Sports Connection, which was re-vamped and enlarged ten years later and opened as Cynergi Health and Fitness Club.

In 1988, The Eden Leisure Group launched The Eden SuperBowl which revitalised the whole concept of bowling as a leisure activity in Malta. The SuperBowl is a fully air-conditioned, computerised tenpin bowling centre offering 20 synthetic lanes maintained to the highest standard. Also available is a variety of entertainment, from fun bowling through to National bowling leagues and world ranking International Tournaments that attract top international bowlers. SuperBowl is popular with families, children as well as corporate entities through the organisation of birthday parties, school outings and staff parties. Disco Bowling is also held every Friday. Providing non-stop entertainment, the Eden SuperBowl is equipped with a big screen TV and a 5K sound system, where all important international Sports Events are shown.

In 1991, Bay Radio was introduced as one of the first private radio stations in Malta, broadcasting 24 hours a day in Maltese and English. Bay Radio, also known as 89.7 Bay, offers the latest selection of music and celebrity DJs. It has been consistently voted firm favourite amongst young adult listeners. The Bay Music Awards, organised yearly in December by 89.7 Bay, has become a much-awaited event in the Maltese Music Calendar.

In 1998, Cinema 16 was built and is one of the largest screens in Europe. It is the only cinema in Malta with THX certified sound system, giving the audience perfect audio playback. It is now further enhanced by Dolby Digital 7.1 Surround Sound making the cinema experience even more realistic. In 2010 the cinemas began the process of digitizing its screens bringing with it sharper pictures and 3D capabilities.

The InterContinental Conference Arena was first opened as a multifunctional meeting space in late 2003. This multi-purpose Arena was refurbished in early 2015 with an investment of €3 mill, transforming it into Malta’s largest state of the art conference and meeting space in the heart of the tourism area of St. Julians.  The ICCA offers the largest uninterrupted floor area in the popular St. Julians area and has a capacity of  1,700 delegates in theatre style, 960 seated for a gala dinner and ample foyer space for exhibitions.

2015 has been a big year for investment for the Eden Leisure Group.  Aside from the refurbishment of the Arena, the InterContinental Malta has refurbished 26 of its existing suites and its executive lounge and is currently constructing 30 new luxury suites of up to 130m2.  Guests staying at those suites will enjoy butler service and exclusive access to the new rooftop pool and restaurant. These suites area set to be completed by November 2015.

Also under construction is the Holiday Inn Express hotel, adjacent to the existing InterContinental Hotel.  This 100 room hotel is set to be completed by summer 2017

In year 2016 Casino Malta has been opened.  Owned by the Eden Leisure Group but operated by Olympic Casinos, this is Maltas largest Casino, spanning over 3000m2.

The Eden Leisure Group Looks ahead to the future, grasping new opportunities and ever prepared and ready to face any challenge. 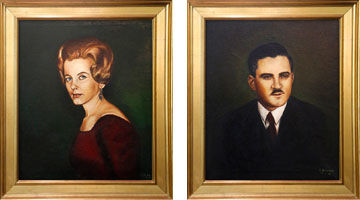