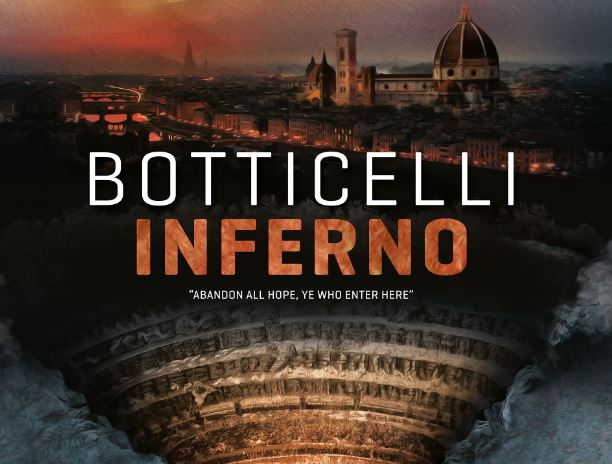 Discover the dark side of the Renaissance through the ‘9 circles of Hell’, to reveal the secrets of the work of art in Boticelli’s Inferno. Take a journey to the underworld that has intrigued so many people, including author Dan Brown and filmmaker Ron Howard. The exciting documentary film will be shown exclusively at Eden Cinemas on Sunday the 4th December at 7pm.

Even after many centuries, Botticelli’s works continue to engage and excite. Every year his most famous paintings draw thousands of visitors to museums and exhibitions all over the world. However one of his most intimate and mysterious drawings – perhaps one of the most significant if we are to achieve a deeper understanding of him  – lay locked up for years in the climate-controlled vaults of the Vatican. This is the drawing that Botticelli dedicated to Dante’s Inferno, and which has now taken the leading role in this original film.

Botticelli. Inferno steals viewers off into another world: a journey to the underworld through the nine levels of Hell. Just as described in Dante’s Inferno, only by travelling through Hell and Purgatory can we reach Paradise and emerge “to see the stars once more”. Botticelli brought Dante’s descriptions to life in a total of 102 meticulous drawings. The centrepiece of these drawings is the “Map of Hell”: a kind of guide through hell with all its various levels.

Writer and director Ralph Loop has created a film that proves to be a lavish journey to places often left unexplored, and brings us much closer to Botticelli, both the man and the artist. Shot around Europe in exclusive locations such as the Uffizi Gallery in Florence, the Vatican Library, London, Berlin and Scotland, the film reveals the hidden stories behind some works of art surpassing any best-selling thriller. When you merge the style of one of the undisputed masters of the Renaissance, Sandro Botticelli, with the dark circles of Hell in Dante’s Inferno, the result is an intriguing plot made up of deadly sins, detailed investigations, inaccessible vaults, and seemingly unsolvable enigmas.

Through advanced filming technology and a high-powered scanner used to digitise the ‘Map of Hell’, the film brings to light details that had previously been invisible to the naked eye. With the stunning high definition footage exclusively for the big screen, audiences are taken on a journey through the must-see documentary film.

For more information and to purchase your tickets please visit edencinemas.com.mt