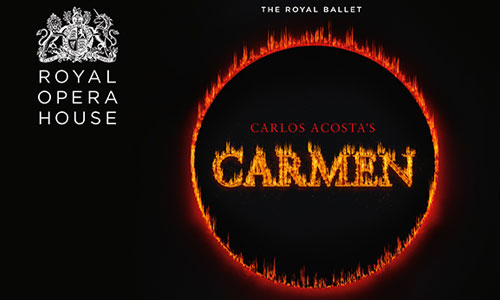 Acclaimed Principal Guest Artist of The Royal Ballet, Carlos Acosta adapts Bizet’s opera for dance in his new adaptation of Carmen. With his new production for the Royal Ballet, Acosta focuses on the dramatic essentials of love, revenge and jealousy. With a new score adaptation of Bizet’s music, Acosta makes use of the Royal Opera Chorus and a flamenco musician.

The Royal Ballet’s Artist in Residence, Liam Scarlett has created a number of delightful works for the Company. However, the dark and ominous ‘Viscera’, uncovers a new depth to Scarlett’s choreography. The production which marked Scarlett’s US debut, was set to music by the American composer Lowell Liebermann. ‘Viscera’ presents an intense form of dance through the sensual pas de deux and also its impressive architectural organization.

Afternoon of a Faun

Premiered first in 1953 in New York, Jerome Robbins created a production that wedged itself into ballet history. The dance is choreographed to Debussy’s seductive Prélude à l’après-midi d’un faune. Robbins was inspired by watching a rehearsal of two young dancers performing a pas de deux, obsessing on their reflection. ‘Afternoon of a Faun’ has becoming one of Robbins’ most endured and prestigious productions.

Inspired by the extraordinary abilities of New York City Ballet dancers, George Balanchine created the virtuoso ‘Tchaikovsky pas de deux’ in 1960. He was particularly inspired by Violette Verdy and Conrad Ludlow, whom when accompanied by the newly discovered music from the Swan Lake score, pushed artistic boundaries like never before.

Eden Cinemas continues to enhance the experience of this new ballet through dimmed theatre lighting and amplified sound, which give audiences the authentic Royal Opera House feel.

Tickets for this production mash-up are being sold at €18 for adults and €10 for 16 year olds and under. Making the evening a night to remember, the audience will be offered a complimentary glass of wine, free parking and a 25% discount at Waterbiscuit upon presentation of their ticket.

Sponsored by 35South, Attard and Co. And Waterbiscuit.

For more information and to purchase tickets visit www.edencinemas.com.mt