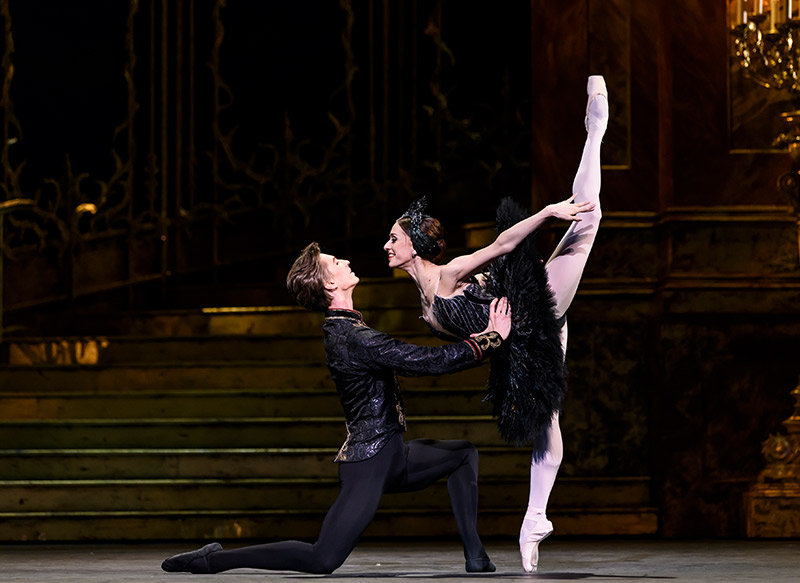 Enrich your year with some cultural masterpieces showing at the newly refurbished Eden Cinemas, in full HD on the big screen. Sit back and relax as Eden Cinemas take you on a journey to the world’s finest opera, art and ballet performances.

Watch a mesmerising work of ballet by internationally in-demand choreographer Cathy Marston, previously an Associate Artist of the Royal Opera House and Director of Bern Ballett. The inspiration for her first work for The Royal Ballet Main Stage is the momentous life and career of the cellist Jacqueline du Pré. A new work by Liam Scarlett, The Royal Ballet’s Artist in Residence, provides the second part of the programme. Marston & Scarlett World premieres at the Eden Cinemas on the 25th of February and 1st of March.

Beethoven’s only opera is a masterpiece, an uplifting story of risk and triumph. In this new production, conducted by Antonio Pappano, Jonas Kaufmann plays the political prisoner Florestan, and Lise Davidsen his wife Leonore (disguised as ‘Fidelio’) who daringly sets out to rescue him. The music is transcendent throughout and includes the famous Act I Quartet, the Prisoners’ Chorus and Florestan’s impassioned Act II cry in the darkness and vision of hope. Tobias Kratzer’s new staging brings together the dark reality of the French Revolutionary ‘Terror’ and our own time to illuminate Fidelio’s inspiring message of shared humanity. Exclusively showing at the Eden Cinemas on the 17th and the 22nd of March.

Liam Scarlett’s glorious production of Swan Lake returns for its first revival at the Eden Cinemas on the 1st and 5th of April. While remaining faithful to the Marius Petipa/Lev Ivanov text, Scarlett’s additional choreography and John Macfarlane’s magnificent designs breathe new life into what is arguably the best-known and most-loved classical ballet. The entire Company shines in this eternal tale of doomed love, a masterpiece refreshed for a new generation. Tchaikovsky’s first score for ballet soars with its symphonic sweep and combines perfectly with exquisite choreography from the grand pas de deux of Prince Siegfried and Odile to the swans at the lakeside. An intoxicating mix of spectacle and intimate passion, the overall effect is irresistible.

The first art exhibition will be showing at the Eden Cinemas on the 8th and 10th of April. The story of Christ’s death and resurrection has dominated western culture for the past 2000 years. It is perhaps the most significant historical event of all time, as recounted by the gospels but, equally, as depicted by the greatest artists in history. This beautifully crafted film explores the story of Easter in art, from the time of the early Christians to the present day.

Pietro Mascagni’s Cavalleria rusticana (Rustic Chivalry) and Ruggero Leoncavallo’s Pagliacci (The Players) are today Italian opera’s most famous double act, but they were written independently. Cavalleria rusticana came first, its hugely successful premiere in 1890 was doubtless an influence on Leoncavallo. His Pagliacci in 1892 was another triumph. The two works, each undeniable masterpieces of the verismo tradition of realism, share dramatic concision, melodic richness and an obsession with violent jealousy, and they will be showing at the Eden Cinemas on the 21st and 26th of April.

And finally, Dante’s Divine Comedy, an epic journey through the afterlife will be closing off the first quarter of our Cultural programme on the 28th and 31st of May. It encompasses the horrifying drama of Inferno and its damned, the lyrical mysticism of pilgrims on mount Purgatorio and the dazzling spheres of Paradiso with their endless configurations of light. The poem was inspired by the agony of Dante’s own exile, and traces his path from crisis to revelation guided by his literary hero Virgil and his lost love Beatrice. In his new work, The Royal Ballet’s trailblazing Resident Choreographer Wayne McGregor creates a world premiere in collaboration with an award-winning team – contemporary conductor-composer Thomas Adès, artist Tacita Dean, lighting designer Lucy Carter and dramaturg Uzma Hameed – to bring us closer to Dante and his extraordinary vision.
Get the full theatre experience from the comfort of your cinema seat. See these mind blowing works of art unfold before you in full HD and surround sound, in a way you’ve never seen them before. Culture lovers all over the island, Eden Cinemas are here with a programme for the first quarter of 2020 that will blow you away. Do you want to be a part of it? You can get your tickets from edencinemas.com.mt.