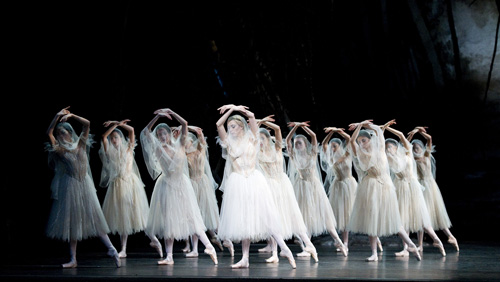 The quintessential Romantic classic, Giselle, is coming to Eden Cinemas’ screen, live on Wednesday the 6th of April at 8.15pm. Experience the Royal Ballet’s performance about a love affair that begins in the real world and continues beyond the grave.

Peter Wright’s ballet offers one of the greatest challenges of the ballet repertory, as Giselle transforms from an innocent peasant girl, duped into love, to a forgiving spirit who saves her lover from death. Giselle is played by Marianela Nunez, principal of The Royal Ballet since 2002 at the age of 20. For the ballerina, this is a role of two contrasting halves. In Act I she must appear naive and artless, her dancing alive with an earthy enthusiasm. However, in Act II she transforms into light and air, her dancing so ethereal as to seem weightless.

Through the choreography of Marius Petipa, after Jean Coralli and Jules Perrot, Peter Wright’s production perfectly achieves this dual aspect of the ballet. The first act dramatized in rich, naturalistic detail and the second with a spectral, moonlit beauty.

Tickets for Giselle are available at a fraction of the original price. Each ticket costs €18 per adult and €10 for children aged 16 and under. Making the evening that more special, the audience will be offered a complimentary glass of wine and complimentary parking at the Eden car park. An encore performance will be held on the 10th of April at 3pm. Tickets will be priced at €15 for adults and €10 for under 16s.

Attendees will also be in with the chance to win a Bloch ballet bag from the Dance Studio.

The event is sponsored by 35 South, Attard and Co, and Waterbiscuit.

For more information and to purchase tickets visit www.edencinemas.com.mt or call on 23710400.