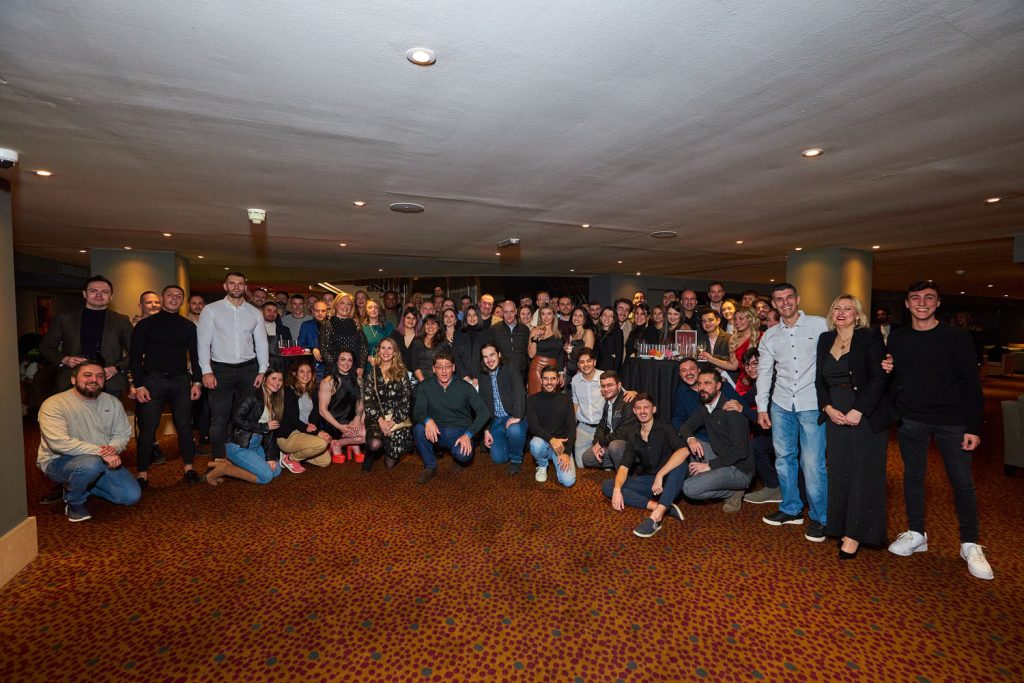 Eden Leisure Group hosted its first annual awards to recognise individuals who throughout the year have shown exceptional performance, have made great achievements and have had a positive attitude. The winners were announced during our Annual Christmas Staff Party.

Community Champion of the Year

This award is given for making a positive impact on the internal company community. Daniel Deguara from 89.7 Bay was the winner of this award after showing continuous enthusiasm to participate in each and every social activity that is organised. He is also always one of the first to volunteer and take part in CSR initiatives which benefit both our business and society at large.

Green Champion of the Year

This award is given to an employee who demonstrates outstanding potential to create positive
environmental impact. Patricia Marsh from Admin was the winner of this award after taking up an
active role in green initiatives, organising all the clean ups and nature walks for each department as
well as putting forward ideas for the company and its employees to adopt greener practices.

Innovator of the Year

This award is given an outstanding employee who has come up with a new idea which has a
significant impact on the company and contributed to pioneering it. Sergey Bidzan from ESports was
the winner of this award for not being afraid to think outside of the box and propose new business
ideas.

Leader of the Year

This award is given to an employee in a management position who exhibits outstanding leadership
qualities and creates an environment within their team of respect, fairness and accountability.
Carinzia Camilleri from Eden Cinemas was the winner of this award after showing commitment to
the company’s mission, interacting with colleagues in a positive and enthusiastic manner, remaining
calm in a crisis and is consistently focused on the performance of the team. 2022 was a challenging
year both from a business perspective and on personal level but Carinzia kept on working hard
throughout the year to ensure that deadlines were reached, projects were completed and targets
were met.

Employee of the Year

This award is given to one of the winners of the Employee of the Quarter. There were a number of
very deserving individuals and it was difficult for us to decide who to give this award to, however we
have chosen an employee who has shown exemplary performance throughout the year. Diana
Dimitrova from Admin was the winner of this award for her loyalty towards the company, her
support to all the various departments and her continuous assistance wherever needed. . She takes
pride in her work and takes initiative with her positive attitude.

The Employees of the Quarters were also announced:

Once again, we would like to congratulate our fantastic winners for their superb performance
throughout the year! We would also like to thank each and every employee that strives to excel at
their job each and every day.