OMID DJALILI – LIVE ON STAGE AT THE EDEN CINEMAS 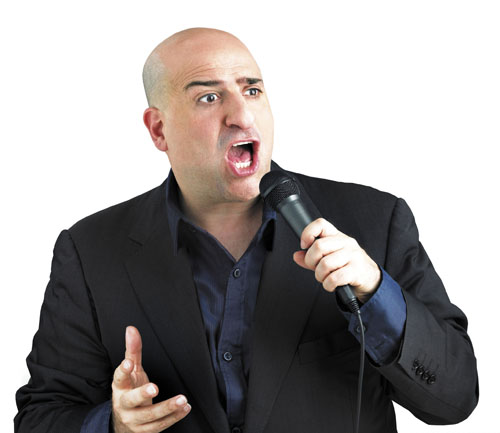 World famous comedian, Omid Djalili will be performing in Malta for 2 nights only, at the Eden Cinemas on the 9th & 10th October 2015. Tickets will go on sale soon.

British-born Iranian comic and actor Omid Djalili’s legendary performances on stage and screen have won him plaudits the world over.  Credits include ‘the slave trader’ in ‘Gladiator’, ‘Warden Gad Hassan’ in ‘The Mummy’, ‘Fagin’ in West-End smash-hit ‘Oliver!’,  and ‘Mahmud Nasir’ in ‘The Infidel’, ‘Mr Safir’ in Sex and the City 2’, ‘Askay/ Pusasn’ in ‘Pirates of the Carribean: At Worlds End’ and many more.

Omid’s stand-up awards include; ’Time Out Award’ – for Best Stand Up, the ‘EMMA Award’ and was a ‘South Bank Award’ nominee as well as being a ‘Perrier Award’ nominee.

“One of the most joyfully smart, stimulating and entertaining comedians this country has.”

“Right now, the Iranian Djalili is probably one of the most subversive, let alone funniest, comedians around.”

“To carve yourself out a career as the thinking person’s Iranian comedian in this political climate takes a fine brain and a masterful way with the audience. There is no question that Omid Djalili possesses both”